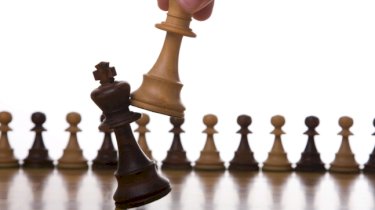 The world of financial advice will undergo radical change in coming years. This will provide challenges but also huge opportunities for those who are willing to embrace it. After the disruption that online technology has caused to books, movies, music and more, it was only a matter of time before the financial world became a target.

So where in the financial space will it occur?

Don't think robo-advice will affect you? Well, Ric Edelman is the chief executive of Edelman Financial Services in the US. They have 115 advisers and 26,000 clients, predominantly in the mass affluent market. Ric believes that most advisers will be out of business before long due to the rise of robo-advice.

Who will be threatened by the robo-adviser?

Those who are really provide nothing more than allocating assets and picking investments. You might not lose your existing clients to a robo-adviser but it is investors in their 20s and 30s who will be the first movers.

Recently Twitter has followed Facebook in making a bigger push into the video space. Video has a far greater ability to make a personal connection than an email, phone call or a written blog.

You currently give a client a 60 or 70 page advice document to try and explain their financial life and your recommendations. Imagine if you could easily put that into a video format.

The adviser could talk through the key points, using 'explainer' videos to present strategies in a easy to understand way.

What if you could send personalised video messages to clients in half the time it takes to send an email?

Imagine a client comes into your office and you give them an Oculus Virtual Reality Headset. You show them their virtual world -- what their life looks like in 20 years if they follow your recommendations compared to their life with no change to spending and savings habits.

I predict the rise of video and the use of Skype (and similar services) for client interaction will mean you are competing with advisers not just locally but all over the country.

We know that medical advancements have significantly improved life expectancy. Like most other technologies, their impact has grown much faster in recent years.

But what if we are massively underestimating how long a 40-year client could live for?

Peter Diamandis, who Forbes Magazine named last year as one of "The World's 50 Greatest Leaders" has co-founded a company called Human Longevity. They are working on increasing the healthy, active human lifespan with a goal of making age 100 the new 60. A pipedream? Maybe, but even if they get close it could make for a much longer active retirement.

In the US, mobile now accounts for 60 per cent of digital media consumption while desktop makes up the other 40 per cent (according to comScore). And according to Roy Morgan in Australia, 49 per cent of Australians are already using our mobile device for banking and finance.

What will a client want to see from an adviser on their mobile device?

Pretty much anything they currently get via their desktop - portfolio valuation, progress tracking, personal spending, video messages, your website.

David Rae is the director of DPR Accountants and Advisers.