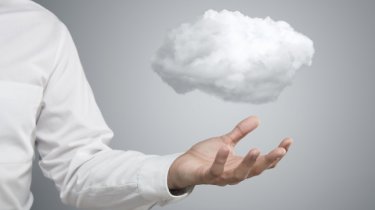 In a low-growth environment, investors should consider identifying and investing in megatrends through highly profitable companies important to generate growth in the portfolio.

Megatrends tend to be independent of the economic cycle, and typically last for over 10 years in duration.

What is cloud computing?

Cloud computing, often referred to as simply "the cloud," is the delivery of on-demand computing resources — everything from applications to data centres — over the Internet on a pay-for-use basis.

Most of this sector's growth will take place in the public cloud market, clouds owned and operated by companies that offer rapid access over a public network to affordable computing resources.

With public cloud services, users don't need to purchase hardware, software, or supporting infrastructure, all of which is owned and managed by providers.

The ultimate benefit for businesses to migrate to the cloud and away from on-premise models is a high return on investment - it's simply a profitable activity to undertake.

The cloud computing megatrend is a great example of forecasts suggesting strong growth for at least the next decade.

This is almost six times the rate of overall global GDP growth, and is expected to climb from nearly $70 billion in 2015 to more than $141 billion in 2019.

Investing profitably in the cloud megatrend

Microsoft has quickly emerged as one of the most important cloud computing firms in the world.

Azure, the firm's public cloud service, has established itself as the number-two player in the space, behind only Amazon.

These segments represent 28 per cent, 25 per cent, and 46 per cent of sales, respectively.

The company is successfully and aggressively managing the transition of its customers to cloud-based services, and the migration to subscription and cloud will drive re-acceleration in revenue and earnings, and cash flow growth.

Microsoft was early to the cloud market, and its enterprise cloud offering, Azure, is one of the most comprehensive infrastructure and platform cloud suites offered by any enterprise software company.

Another area of strength is the cloud consumer software business, which is primarily Microsoft's cloud version of its dominant Office productivity software for the consumer.

Microsoft continues to show progress across multiple product fronts as the company manages its way through the cloud transition.

The company is well on its way to management's stated goal of a US$20 billion commercial cloud run rate by FY18, having recently reached a greater than $12 billion run rate at greater than 50% year-on-year growth.

In addition, the new management team is streamlining the company to be more efficient, which will improve margins beyond historical levels.

Microsoft has many of the attributes of a quality business including very high levels of profitability, sustainable competitive advantages, strong financials, cash flow generation and solid growth prospects all at an attractive valuation.

Monik Kotecha is the chief investment officer at Insync Fund Managers, a position he has held for over seven years.