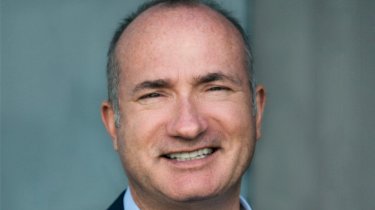 Home /
Blogs /
What finance bosses need to know about blockchain In an era when credit cards, PayPal and instant electronic transfers have made paying for goods and services with cold, hard cash an increasingly uncommon occurrence, the premise of cryptocurrency seems innocuous enough. The Reserve Bank's most recent Consumer Payments Survey, a triennial study of everyday Australians' regular transactions, found individuals made 37 per cent of their payments in cash in 2016, down from 47 per cent in 2013 and 69 per cent in 2007.

The rapid slide in the use of cash between 2013 and 2016 reflected a significant shift towards the use of contactless cards for small payments, although cash remained the payment method of choice for transactions of $10 and under.

Since its launch in 2009 as a decentralised peer-to-peer payment network, Bitcoin has spawned scores of cryptocurrencies and has become an integral element of a wide array of cyber crimes.

The cryptocurrency phenomenon has added complexity and disruption to the business landscape and contributed to blockchain technology's somewhat chequered reputation.

Because, or in spite of, the hype and horror stories, blockchain can still be a misunderstood technology for those who live and work outside the technology bubble.

Once data is linked, it can't be altered or deleted. As a result, it forms a far more secure record than traditional paper based or electronic systems which can be tampered with or altered retrospectively.

While the full scope of applications continues to unfold and evolve, organisations using blockchain technology typically report a reduction in costs, improved security and faster payment processes. They're all significant business benefits which should - and do - cause finance executives to prick up their ears.

Here are three things they should know before testing the waters, or proceeding with significant adoption of the technology within the enterprise.

Are the benefits of blockchain easy to unlock, or does adoption call for significant investment in technology and resources? As is often the case where IT systems are concerned, the answer is, 'it depends'.

Enterprises which continue to operate with legacy and manual planning environments are more likely to face difficulty integrating their systems with a distributed ledger solution.

Conversely, those which have migrated their key enterprise systems to the cloud will find incorporating distributed ledger data an easier proposition. Once implemented, the technology can be leveraged to inform the modelling, analysis and forecasting processes and generate insights which contribute to commercial competitiveness.

Irrespective of size, scale and sector, businesses in Australia and around the world have one thing in common. They want to be paid fast - or faster. The evidence is in - blockchain can help to accelerate the process. That's a boon for companies which regularly find themselves in the red.

According to accounting software vendor Xero, they comprise the majority. Its research shows more than 60 per cent of small and medium sized businesses in Australia have encountered late or unpaid invoices in the past year, while more than 70 per cent of business owners say their suppliers' payment terms are not in sync with their own.

Technology which allows transactions to be completed within hours or minutes, rather than weeks and months, spells nothing but good news for businesses whose survival depends on the regular and timely inflow of funds.

As a bonus, the improved encryption and security blockchain technology can deliver reduces the risks of data security compromise and fraud significantly.

Passing benefits down the line

The benefits of blockchain can compound exponentially when the technology is adopted not just in isolation but up and down the supply chain. Businesses which join with their suppliers and customers in getting on board can enjoy benefits such as reduced compliance costs and improved ability to achieve benchmarks such as FairTrade compliance and sustainability objectives.

Beyond the hype, blockchain technology seems here to stay. Finance executives have a key role to play in understanding the benefits, championing the technology and ensuring its adoption across the enterprise is well-considered and strategic.