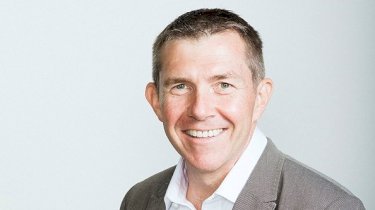 The implementation of the next open banking milestones could lead to a changing impact on the financial services sector in terms of customer experience, according to a new report. With November signalling the next milestone for the government’s open banking reforms as implementation moves into its second phase, The State of Open Banking in Australia report, published by fintech, Frollo, analysed what the financial sector thinks of the new banking regime, where it is headed and what the most immediate challenges and opportunities for businesses are.

The report, based on interviews with key industry leaders and a survey of 161 finance professionals, highlighted that although there is still much to be done before the new open banking ecosystem lives up to its promise of being a game changer for the industry, there is a strong appetite for investment to make the most of consumer data and a broad variety of popular use cases that could revolutionise the way Australians engage with their finances.

Frollo chief executive and founder Gareth Gumbley said the research revealed the biggest challenge for financial services organisations was a lack of clarity around what it takes to make the most of open banking’s flagship reform, the consumer data right (CDR).

“The majority of respondents believe the uncertainty about the rules and customer education are considered to be the most important challenges in making CDR a success. We know that change at this scale doesn’t happen at the flick of a switch, but as it stands there is too much ambiguity,” Mr Gumbley said.

“Now is the time for the regulator to invest in a simpler and more flexible framework to speed up adoption, or empower banks and fintechs to innovate and get on with it for the benefit of everyone else who will follow.”

For those around the investment space and for advisers, enhancing the customer experience is the primary driver behind investments in open banking among 64 per cent of respondents. Product innovation (56 per cent), meeting shifting customer demands (40 per cent) and optimising processes (40 per cent) were the next most popular reasons for investment in open banking technology, closely followed by compliance management (39 per cent).

On the horizon, the November 2020 and July 2021 milestones are major in terms of expanded scope and data availability, according to the report. By July 2021 most of the elements will be in place to facilitate great open banking use cases for consumers, and as a consequence, more data recipients will come onboard to help facilitate greater consumer adoption.

The consensus among industry leaders is that first movers will have a real competitive advantage and by offering a superior user experience, they will put pressure on the rest of the industry to invest in catching up.

This could also be the case for advisers, with a previous open banking expert assessing the development of open banking could see a more innovative financial services landscape for advisers and drive better client engagement.

However, most respondents believe it will take between three and five years before the majority of Australians use open banking.